Idiotic Nigerian Vocals in the Name of Afrobeat,Joke and utter Disrespect to Music. 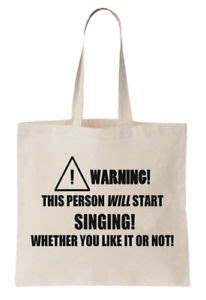 Its Popular and trending.I even ,have thought of trying it.But its important i state categorically and square that i hate the sound of their vocals but i love the sound of beat.

Now lets break down how these all came about..After a long time of american and jamaican sound lets include british music being imposed and target trained to africans two processes of evolving musically took place .

Lyrics copying
When Africans felt like their music was not acceptable and only for white toursist.they rebelled and while one african professor was teaching a university class and happened to ask students why they were unbale to concentrate on a research assignment, and they said the main reason was His methods were too complicated and did not involve them.So he said If i cant beat You let me join you..meaning he wanted to let the students introduce methods that would be pleasing to them and help them concentrate..

That is all that was ever recorded,but all that was required for a student to learn  away to enter and penetrate the International music industry.JOIN THEM.So not only did the producer train his artist to copy lyrics and words but also the exact melodies that came with the words of lyrics.
That was the start of making sense from that producer..and he went on and programmed more artist and the vibe caught on.

Not only did they copy the Melodies but the main second phase of the African sound Afrobeat..took another toll but a positive one in a negative way...One day while the same producer was working on a song programming the artist to copy the lyrics and melodies ,the artist said words that changed the sound of beat in africa..."i wish you could play me abit of the original beat so that i have the lyrics alive"

That was the second revolution...WHile they were experimenting in the mid of the night they found that it was so much easier to build a new beat around the base of the copied sound..and they had a hit in the mid of the night in the studio.By the time the music was hitting the radio it had been already been accepted and easy to catch up.

Just like computer programming before the producer knew it they were trending all over the internet with these new kind of sound ...The sound was mostly influenced by the Jamaica reggae dancehall and that being a major influence worldwide ,combine with the nature of human loving old thing brought new..it was born the AfroDancehall...

But that could not hold sound or award,its a copy sound sometimes the copy came from rnb so it was better to find a new name ,and they settled on afro-beat solving all the issues of copied sound.

Now The Sound I Hate so Much

The music is free and music is freedom...no one person can claim how the music should be arranged or sound..but audible words..diction...and langauge should be of large consideration...if i ahve to fight hearing the words then suffer finding the lyrics...that song is dead on arrival...but for people whose eyes and six eye is not opened this is so convenient...because this is the highest order of  confusion.
These music is not singerable alone nor whistlable when walking .

I believe if your song does not come back to memory when it is not playing then thee melodies are not pure involving nor invocking a memory.

But let nature take its course these music is better than the colonizers ways.
By Ecspedition at November 08, 2019
Email ThisBlogThis!Share to TwitterShare to FacebookShare to Pinterest
Labels: African Culture and African History, Common Sense and Life Lessons, Life of a Vocalist, Music stories, RIDDIM FULL, Written by Ecspedition