While i state The names of pastors which you can scroll ahead and see i will take you through how the statement is valid.

What Many people do not understand and have been decieved is that the bible says do not make an IMAGE of GOD to worship,Yet the church makes a WHITE jesus image, who is [Son of god} and tells christian to use rosaries and other things but say that is not Idol Worship.

If you do not understand then read the bible verses stated below.

Sins of a father

if we go back to Gods order to Moses,clearly said you shall not kill,
Jesus says literaly kill, i will forgive you without sacrifice.
All those old day long routes i have cut them short. no more sacrifice.
God said you shall not steal ,commit adultery,or make images in the likeness of God...

9You shall not bow down to them or worship them; for I, the LORD your God, am a jealous God, punishing the children for the sin of the parents to the third and fourth generation of those who hate me,

7 maintaining love to thousands, and forgiving wickedness, rebellion and sin. Yet he does not leave the guilty unpunished; he punishes the children and their children for the sin of the parents to the third and fourth generation.”


Jesus says come to me all with heavy loads i will forgive you 70 x 7 times.

21 Then Peter came and said to Him, “Lord, how often shall my brother sin against me and I forgive him? Up to seven times?” 22 Jesus *said to him, “I do not say to you, up to seven times, but up to seventy times seven.

Sins of the Sons

Jesus law is arguably favouring and a short cut from the fathers order...
Because God and Africans laws states...
If anyone disobeys my commandments i am a jealous Father i will curse your generations up-to the 3&4 children.
But Jesus broke all heaven and says
“A son shall not carry the sins of the father.”
And that when you accept christ all your sins are forgiven and yet you have been stealing public funds and land from poor people..killing ,prostitution ,idolatry etc

Isn’t that a big loophole since then all you need is, go to church ,get saved and then your sons will also get saved with or without since all their sins are forgiven...

Hereby with authority if new jesus testament It is ok to leave large stolen inheritance to your children since the sons do not carry sins of the father...

Yet the Africans  kikuyu states that “ mwanake ndathanaga kwa muthuri ,na muthuri ndathanaga gwa mwanake”
That a father does not rule a sons house and so son cannot command in his fathers house...

"Here we see that everyone will die for their sins yes not for the other but do we care really what the verse says...
You shall anyway die for the God Generstional Curse and your own sin too.
"
Yet here we son Jesus coming to his fathers house and VIOLATING ALL RULES OF FAIRNESS by a simple prayer and getting saved” Jesus is lord,

31 They replied, “Believe in the Lord Jesus, and you will be saved—you and your household.”

How did we confuse the rule of God the father , with Jesus the son who says the fathers laws are no longer valid...
He says if you steal” which the father said its wrong” you are forgiven.
(

9 If we confess our sins, he is faithful and just and will forgive us our sins and purify us from all unrighteousness.)

He also says if you kill you will be forgiven just by a prayer.
So it is even stated (in chapter )the bible that you can be forgiven 7x70 and they add that you son shall not bear the wrath.

31 They replied, “Believe in the Lord Jesus, and you will be saved—you and your household.”
]

The church system is a suction pipes of wealth from poor people who wait for others to promise quick heaven.
All they ask people is ten percent of all your stolen loot. 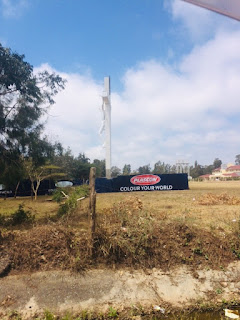 This is why the christian system is very preferable because there are many loopholes to the earlier orders of the father.

And to some extent it looks like it works since i do not easily see sons who are suffering after their fathers stole or killed.

I also notice that The acceptance to church only works when you confess jesus before others but does not state you return what was stolen.
While in African traditions before you were forgiven to sins which are forgivable you had to return what was stolen.... but for killing the charge was VERY  high or else you got killed...or excommunicated forever.

And after you are saved ,Then you give tithes which is 10% of your loot.And jesus welcomes you with open arms into the kingdom of God.
And the people you denied rights medicine land funds services live in poverty in ghettos created by church and governments to control and divide in rule system.
List of Pastors and churches evil worshippers 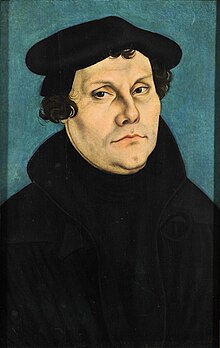 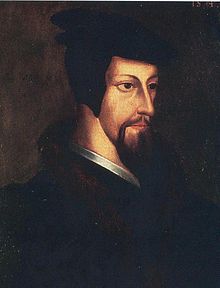 
pentecoastal churches ( which has relation to rebel ie 5 coasts ministries violating rasta believe of 4 corners of the earth)
All jesus driven Governments
All new Testament proponents
All Old Testament opponents.
All Anti Africans Traditions if Kikuyu orders  and system of God or the creator.

21 Prepare a place to slaughter his children for the sins of their ancestors; they are not to rise to inherit the land and cover the earth with their cities.

By Ecspedition at September 02, 2019
Email ThisBlogThis!Share to TwitterShare to FacebookShare to Pinterest
Labels: African Culture and African History, Bible And Science, Games Reviews, Life of a Vocalist, The Southern Kikuyu before !903, Written by Ecspedition