The Whiteman Christ not God nor the Bible.

The whiteman did not come with the bible to Africa.. Neither did he introduce God they brought Christ gospel... who to question the holy Jesus the Africans.... did Jesus only roam rome? Did the disciples only be white and die in
roam?
How come God only so loved the romans and yet the whole world from Peru India japan Agikuyu Luyha to Kamba have believe of the supreme God even before christ but somehow that same God favoured the romans only and did not let the others have a taste of Christ?
Why are the white folks folk stories holy to question and claim any doubt of christ is blasphemy...
Yet again it is ok to blasphemy the African God and call his servants and messengers witchdoctors practising witchcraft.?

They brought a refined way of making

tools ⚒and that was the method they were able to capture africans,and combined that folk of roman Christ to disqualify doubt of the New Testament.
The tying of a loose end happened when they combined the Old Testament of Egypt 🇪🇬to their roman New Testament.

If we say the white brought the bible we are wrong because africans way of life is what the bible talks about.

It is not possible to bring the same information to the same people who practiced and wrote it. ...you would have to have changed it and altered it...for you to convince people of something new.
And yes they had that..The New Testament of rome that jesus is son of God but Noah ,Abraham,and others were only prophets of God.

The New Testament is the only book that has white names purely as “saints” .
It is also unique that romans claim that peter and other saints used to roam preaching in roman...While by truth the romans were the ones who came to africa to conquer egypt. And actually captured the narratives and history and went to rewrite it.
It is purely confusing that most prehistoric equipment and books and manuscripts of the egyptians are kept under high security in rome.
It is also ridiculous that artifacts of great value to Hebrew Africans is kept in Europeans museums as history yet they mean purpose and business in the true owners, unlike the European admirers
If we map the truth and events of life and evolution of the bible we find that the white supremacy claims they wrote the bible... but the bible is history of hebrew africans in exile at egypt.
Then how did the white man from america and europe get hold of history and practises of Africans.
The true sequence of events of the bible and history of hebrew Africans in exile at egypt is as follows.
The king who exiled hebrews in egypt had accumulated large history and technology that shocked the other tribes of Abraham since time of creation.
One of the jealous tribe the romans decided that to rule the world the first way of acquiring and control of power was to control history of knowledge and technology of the prehistoric egypt and its people.
So the romans attacked the remainder of hebrews after the rest were on the journey to canaan. The orchestration of the events was by sequence of romans understanding that the ark of the covenant had left egypt and the pharaohs men were left powerless without the Hebrews God . 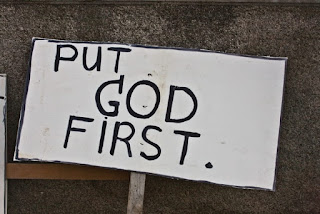 The romans were finally having a chance and were able to beat the unconquerable egypt...so they destroyed and took hostage of hebrew slaves left behind and land mark technology with and in manuscripts.

When they went back home they started studying and translating the hebrew writings into roman and adding their history , of plan and to be executed.

By then roman army were conquering the Europe. By default the truth had been left in hands of dangerous romans who decided to rewrite history to be able to conquer the world.
So they started recreation of New Testament books started by “matthew” coincidentally a white prophet.... the Mark then Luke and so forth. Easily you can get the rhythm.
Now how do you sell the new found religion of coming of Gods son...
Package the history of the hebrews with the new books and tell the hebrews that now the old ways were no longer valid.
But in order to get ears they had to tell the true story from before as known by the African hebrews into the new visit of son of God who only roamed rome and left the white saints with the holy spirit .”
But lets read the bible again in the beginning there was God and the world was without form and the spirit of God roamed the firmaments.”

Now how did it become that Jesus the white Jesus left people with holy spirit... and that there was no access to God anymore but through Holy Spirit and Jesus while the Spirit of God roamed the earth before Jesus?

and gifts and the refined tools of Hebrews Africans exiled in Egypt.

This was possible while America was not known by white supremacy even thought the red Indians already lived there. And other great revolutionary Peru 🇵🇪people.
While they occupied Africa their army of thousands were roaming the oceans looking for new land since Europe is and was already too small.

These time they came again with purpose and new need after discovery of new lands they kings and queens needed new workers to till their lands. Now with peace the had made Hebrew africans who filled the Africa... they were in position to lure and even by knowing the land easily to forcefully take workers as slaves.
Notice they now already had better and big ships

.
By Ecspedition at August 14, 2019
Email ThisBlogThis!Share to TwitterShare to FacebookShare to Pinterest
Labels: African Culture and African History, Hidden and Government against peoples, Life of a Vocalist, Written by Ecspedition