The Extinction of White TrumpLike People in 50yrs

The extinction of white TrumpLike people in 50yrs 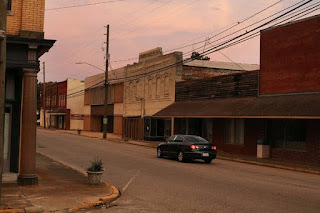 The power and behaviour of the current albino president J trump is the manifestation of the last throne of white suprematist.
When you see a slaughtered blood animal try reenergise itself by the rough loose throw of its feet thats the sign that life and soul is leaving it. 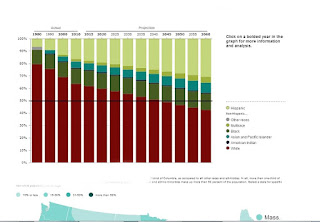 The current behaviour words and blockade against black people by trump is a show of fear and discontent.there is nothing left in the veins of the whites.

A simple statistic of people who voted for trump and against him show plausible possibility of rigging to win an election where more were not for him... but a system set with a technical vagueness lets the people loose in a place where minority of leaders win by mere hundreds against millions.

Someone once told me if you see someone attracting certain kind of rebellion it is a show of power within them and ability to identify with such kind of people.
The melanin is taking over the last of slave masters... the tables are turning and they have been blind for so long that no one realised when the cold started to beat.

While majority of black rule over the earth the minority white control the wealth... the agreement set after colonial era was for white to retain majority companies and wealth in lieu of black people ignorance.All the wealth accumulated by white is vaguely and abnormally in non tangible items like internet and money numbers and places.But the current equal of a black owns land gold and shelter... the  greatest security white people enjoy now is that they hold proudly the keys of nuclear weapons that they can finish the earth by a mere act of switching on a button. Yet not even trump is courageous enough to fire

any to his rivals. In facts trumps weaknesses has been proven most by the superpowers of jihad which he would rather not cut funding but actually sell weapons to.
The saudis and Qataris spend all their time alternating who goes to white house to get a better weapons deal... and then whoever cannot like Taib of turkey heads to Russia and gets himself an s400 upgradable to S500 missiles.
By Ecspedition at July 18, 2019
Email ThisBlogThis!Share to TwitterShare to FacebookShare to Pinterest
Labels: African Culture and African History, Hidden and Government against peoplest, Life of a Vocalist, Written by Ecspedition