African colonial tarmac roads were designed by to kill Africans.
African Death traps by the roads builts by invaders. 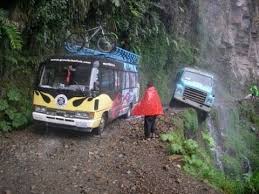 Bridge... those are one of most dangerous but not all...There are so many bridges which have a very dangerous funny approach such that,when you are on the hill and heading into the river and your brakes fail or cannot  somehow respond...or  maybe even you under or over-steer for many matters,your first heading is into the river.

I believe a worst design or to say the poorest of an approach and crossing, should be a straight one to protect many short comings of drivers and mechanical vehicles which have the ability to misbehave in uncalled moments. 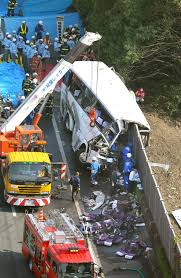 Thousands of kms of colonial roads are built with a single-lane dual-carriage highway or class b and c main roads which are a nightmare for any driver,not very well experienced.Most standard roads are in the confines of 4metres and many are less.It is impossible to even state what happens when a wide road semi truck is approaching a country bus packed full 80 sits.It is just yesterday i was a victim of road side vehicle dumping to prevent a head on corrision.

Most accidents are due to overtake and bridge corners, and the gravitational pull of circular bends without a diametrical pulling angle ,also known as Banking.
to my shock nyeri-Nairobi has a section that has opposite banking..and no one still thinks it is dangerous.

90% of junctions are cross or plus design which is dangerous in every sense.. only countable roads actually have a cross over bridge and arc filter sides. 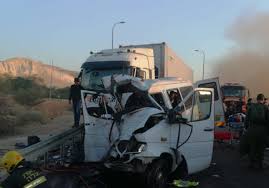 This is one area no engineers in Africa realize what harm it brings to the roads. Those who do would rather have their bottles of whiskey and have it their .

We do not have good designs which facilitate trucks and small cars to move in convenience  on hills without truck drivers being pressured or the small vehicles looking impatient.

All our junctions are city design roundabouts which do not have a side arc filter,on each approach of the roundabout.
A good standard design incorporates shortcomings of drivers by adding early and late roundabout approach exits to reduces commotion of going round when you do not have to... or stopping while all you need is a left turn where keep left rule applies or right where the opposite is true.
By Ecspedition at July 02, 2019
Email ThisBlogThis!Share to TwitterShare to FacebookShare to Pinterest
Labels: African Culture and African History, Common Sense and Life Lessons, Hidden and Government against peoplest, Life of a Vocalist, Written by Ecspedition