See also
Hindus Secrets How they Make Money Taboos,Untold Stories
Who are ,They [Learning from granpa]
The Greatest Thing for a Human Being.

how they colonize man brain
What is 'good art' of vocal delivery.
The Obiter of Common Sense
Who Makes dreams?
How life has humled me.

"Jah people have a heart of a lion I know, the wicked moves with satan."
Words of Shaba ranks a descendant of an African. Its true The best of the best in skills knowledge and wisdom were taken as slaves.
But there is one Big ommition the white man made, they left the Aged and the oldest, the sick who also definately had wisdom and skills …and also Women who carried the covenant food and supplied the armies…and alsothe children.
What really happened? 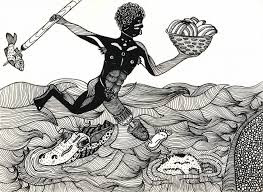 The white slave masters believed by taking the strong they deprived Africa and could have an easy way in. and they did but for the short term.
Now while people changed, God the African almighty did not.the father of Israel the original creator.
And whenever God is the order remains. Yes hardly did the throne change because people moved.
The old continued their practices and the order of life continued hand in hand with slavery and years of darkness.
Now those of us who are Africans and still know and believe in our supremacy will easily know that there is no end to a good thing neither of a bad thing.
Blessings are loved and actions of passing good acts of kind and favour are glorified but there has never been a simple way of accepting mishaps accidents mistakes bad luck and Curses.
While man the African mankind is living blessings and curses will follow.
The African curse is the worst thing a human being can experience.so how do curses come along to be? 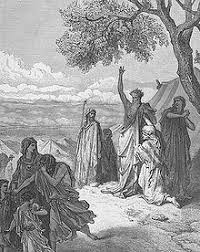 Ways someone can acquire a curse.
1. Killing a human being.


5.stealing from the public.


6.mocking the weak, sick and aged..or disabled like stammerers.

This above are not exhausted but are the main ways curses are passed from the various orders of hierarchy in African society.
Most curses have a equal or same formula of reforms except when the aggrieved is different.
Most curses that are passed from the same groups like parents have a same formula . even though the routes and remedial process involve different orders and demands.
Curses that involve or come from the aged also have a same formula.
And curse that come from disabled or children come corrected in the same order.
Except for the curses from orphans and widows that come from God and so the only way to correct those is by seeking God, prayer and fasting and offering sacrifices or like they call it nowadays CHARITY which merely or means giving back what is stolen or due.
Now common types of curses. And remedies.


1. The African land is cursed thou shall not forcefully acquire it or steal.

If the land is the cause and the person holding it knows it….the only and sure way was to give it back. 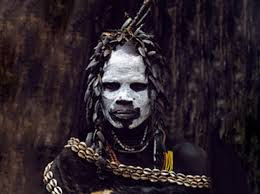 Then it was required of him to meet the elder men and offer harvest to the sufferers for the equal years the land was stolen. then slaughter goats as the quantification and proof the acts have been corrected.
2. Mocking the aged old and disabled is cursed or disrespect for elders.

Most times this curse is only realized by the sufferer with age and also by birth of disabled children. the only way for the aged was to teach the younger generation that this was wrong because truly this was irrevasable if education to children is not offered. but where the aggrieved was alive it was best to go and seek forgiveness. Sometimes carrying offerings and gifts to appease the aged.

The curse came from mocking parents and disrespect to them or not providing food to them equally as they requested when they are or were unable.
The curse comes in various ways but the only way to replrenish a womb or the manhood was to visit ones mother father and offer a bucket or 1 debe of Honey and ngoima the sheep or goat meat which basically means a goat had to be delivered and the agrrived would utter words of blessings after the baren admitting they did wrong.

This was caused by cunningly taking what was not yours like land property wealth or blessing.
The only way was to find the aggrieved and offer gifts returning what was taken.incase the sooth sayer was dead then a namesake or exact equivalent was to be sought and be appeased by asking them to name a prize and the seeker of forgiveness would provide and the exact namesakes would utter words of blessings. 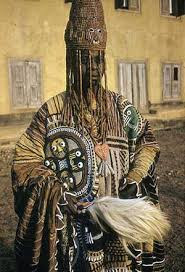 Most times this curse would reign forever ..but if the aggrieved was alive it was important to seek their forgiveness and various traditions were performed to and with the sick and soothsayer so that this would be reversed.
Medicine men would be sought. and various utterances and performances would be done according to the various African traditions.
By Ecspedition at March 04, 2019
Email ThisBlogThis!Share to TwitterShare to FacebookShare to Pinterest
Labels: African Culture and African History, Life of a Vocalist, Written by Ecspedition
Newer Post Older Post Home