Other posts to Inspire you

How to win or get A Grammy nomination.
The AutoBiography of Ecspedition
The day GoodLuck left me 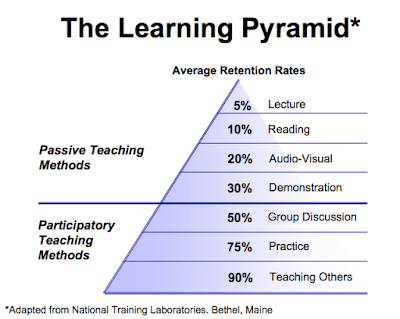 Perhaps you already know this diagram all to well.

When my vocalist life changed.

Stage 0 on my career
[on skill masterly]
....used to admire Buju Banton ,Garnet silk,Tony Rebel, Luciano , Sanchez...
I prayed really much at age 18yrs to God to make me good in music.
And one day i remember vividly on December 2014 i went to the studio and record my year closing songs..[mostly because we played enough football before going into the record room because power had disappeared]
WOMAN NUH COMPLAIN,and STANDARD PROCEDURE it was months later till i went back to collect ...And when that First song played i had a different voice in my chant for Intro  ,and i wondered what made me sound better ,later i went home with the masters ,but could not release even though both songs were riddim projects because of differences with producers of riddims.

At about 2015 march i was left my job because of difference views of approach to workers justice with employer... And went without half pay..while i hard a 1yer kid and 3 months unborn child.
After hustling for fee months and assistance from family i was able to maintain life and family but no studio. Even after the birth of my second my daughter.
At that point an uncle called me for a job to do electrical wiring and went well but while there with a little income and no food and tent worries my musical mind reopened.
While working at my uncles house in Machakos i discovered he had an old laptop which was getting misused and i offered to fix it for a small charge.

But while working on it i discovered it was a strong media laptop with 2 mics and a camera ... Good graphics cards and which meant i could use it for videos or music rehearsal for myself at home.

Stage 1 on my career
[on skill masterly]

I am not sure how or when but i remember one day on the way home on my headphones i was singing to LUCIANO'S' Who Could It Be,and i heard i could hit different keys and audibly with good diction this better voices of truly myself ..and in the same way i truly sound when i am talking.

This was the first time i really felt good about my singing...even though with a lot of worries if i could maintain that voice or would it destroy my vocals,which really put me in pessimistic thinking and was a hard time all through.

In 2015 i was called back to my security systems job after many projects failed since i was capable and could execute on jobs.

This time i had a better mobile device, a better laptop,fair income and internet to research on riddims that i really loved and wanted to voice on.

Stage 2 on my career
[on skill masterly]

At this time i started to record myself on downloaded riddims instrumentals and it really felt great.. One of the greatest dubs was KNOCKING ON MY PLACE ..available on online without mastering or studio microphone...notice all my recordings refereed to as dub, are recorded on laptop microphone with an old software,[COOL EDIT] which i had acquired from college in 2008 while working on computer engineering classes, i recall how i found softwares that i felt were good for a dj as i also looked at myself then as a dj by name  DJ LANCELOT And many other names.

In 2016 i had mastered my voice and the direction i really felt i wanted my music to go.
But in mid 2016 i discovered from research on YOUTUBE and GOOGLE The RASTAFARI RELIGION AND DUB MUSIC.

But earlier near end year 2015 i had met one bred-gin called ras LYON HART who i wanted to work with on a song i called POISON AND MEDICINE  but ended up being introduced to RASTAFARIAN WAYS ,and even after a long nite i could not convince him to record the song with me... But that i remember was actually the first time i fought myself to work on my voicing...due to the songs he played to me and told me where i needed to focus my singing on and delivery.

This was cemented by a song by RAS LYON HART CALLED I N I  or what is your purpose. In a riddim by producer MOTIF who also recorded QRITIQAL [a Kenyan based in Niger record companies],which I kept playing AND contributed to my understanding of Rastafarian ways and singing deep reggae music.

On my research online i listened to live performances by Luciano, Garnet and Buju and i discovered my greatest weakness was the speed of my message delivery and also what i said and how i actually did say it.

Little into the year, i got a riddim on YouTube called WARM AND WINDY..i went to the website and bought rights for 30 dollars. Listened to it and after a month i had a song that was inspired by my struggle in 2015 and the meeting with LYON HART...i called it  JAH EVERYTHING OWNS.
The song carried my emotions and pain but one thing was true that jah never failed me continuously ...
I looked at it that, even after leaving work i did alot of projects and tender filling but hardly got work or employment except interviews. That were non fruitful,yet somehow i still got through with family.
But after 10 months in 2015 i got one call from a job in-executed well by my friend ,and was asked to redo and fix everything right...and that is when i remembered the struggles of trying to get the job in the first place only to do it early 2016 and got some good money.

Stage 3 on my career
[on skill masterly]

At this time i felt i needed to go back to studio and record the song JAH EVERYTHING OWN, and my first choice was the OLD house HYPEMASTERS ENT that i left in 2014 with the two songs.
After some calls and whats app with producer ...J-ZERO, he invited me to studio officially again..and on the Saturday i went there in the evening,  i recall seeing all my old studio fellows in but one specific artist DONTEH spotted me and we had some chat while ease dropping on the studio music playing in the background,and sooner i saw a face i knew online and had always wished to work with called YARDLINK254 who was in studio working with a lady singjay of course the work we were ease dropping to.
When i entered the recording room and clearly heard the riddim, i couldnt help myself i just wanted ,i mean really wanted to voice it...and the song that came first while sitting meditating  there was..DONT YOU KNOW JAH NEVER FAIL I ?
... i stepped into there cool studio chat , reported i was present and would like to voice the riddim they just finished recording .... I was told do a sample and Yardlink would decide if i could voice it... I did the sample  same day and it was the first time J-ZERO heard my vocals delivery and diction improvement. Even with all that, YARD LINK LATER SAID THE RIDDIM WAS RESERVED FOR LADIES ONLY... But i got a new riddim later from J-ZERO and it was to be my first ever EP WITH audio and video and luckily Jah be praised from the last job i could fund it. The song THINGS I NEVER HAD...but i never got a chance to actually record the song JAH EVERYTHING OWNS.

I started getting homegrown live show performance and that also brought my very first tv interview at Y254 a subsidiary of KBC tv  .the homegrown also brought me a chance to perform along side TYDAL KAMAU... And other homegrown reggae artists.

My home recording has been going on from 2016, and in 2017 i had a DUB album un-mastered and The song that really stood out is WHO AM I ,WORLDS MISTAKE.which after posting on REVERBNATION I GOT A nomination for reverb nation CURATORS CHOICE for chance to further the song. ..this song came after my employer chopped half my pay for missing 2days  that i had been unwell.
By Ecspedition at July 26, 2018
Email ThisBlogThis!Share to TwitterShare to FacebookShare to Pinterest
Labels: Common Sense and Life Lessons, Life of a Vocalist, Music stories, Written by Ecspedition
Newer Post Older Post Home