What to Know About American Aggression [Signs World War III] 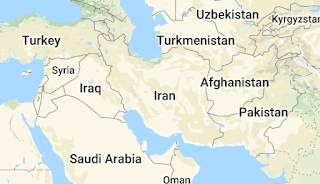 THERES NO ONE PLACE ON THAT MAP AMERICA HAS NOT SHOWN INTEREST.
EITHER POLITICALLY OR ECONOMICALLY.

It is not hard to know that america feels threatened by the rise of China and aggression of north Korea,neither has Russia nor Iraq taken these easily.
The economy of the americans has greatly been overtaken by new world billionaires who can fund crisis including american  Elections.

Many Thinkers are not worried by such world politics because it easy to see with such a dumb american leader and desire to look and proof his man enough,thing like these are to be expected.Trump hs been pushed to the corners of his heart due to impeachment and the rise of presidency crisis almost near to elections.

He has tried to fund hackers and reach out to Ukraine for assistance ,but to no avail there seems no new thing seems to come to his rescue.He tried playing statemanship with KIMJONG UN but that did not shock anyone nor give him any mielage.By using such words like i have a bigger nuke button he thot everyone in his mind room would be scared but there is no sign of anyone slowing down.The design of the war in iran has been funded by america by even going to bomb ships on the international seas and drone attacking the Saudis oil Processing fields.It is good politics to design a war..and it is not the first time they are doing it.

So America is doing just what they have always done over and over,just like the funded the bombing of the TWIN TOWERS and blaming the AFghanians Iraq and all Muslim.They even simulated the bombing of pENTAGON and they could  not do it any other way ...the grant for war funding is the truth of rewards there after and anyone is free to agree,and sign such foolish petitions .

It is not easy to start a war because you have to prove all Peaceful means have been exhausted.and america knows thats not good for WAR BUSINESS for a country or states that are in national debts by its own citizens.There is fear of new super power Rise and the Slavelry retaliation by black people states and countries.
There is so much reason to start a war now.And that is why america has to do attacks like these on a day that has been preceded with no consultation.
By Ecspedition at January 03, 2020
Email ThisBlogThis!Share to TwitterShare to FacebookShare to Pinterest
Labels: Hidden and Government against peoplest, Life of a Vocalist, Written by Ecspedition