You probably know subconsciously, but it is had to accept ,The music has been infiltrated by a new breed of SKIN Out.The favorite music and the trendy vibe is growing slowly or already out in the wild where it might be for sometime.There's two ways to these fiscal invasion and split....the looks and the gender..one reason is if the girls have the money they can have it their way,if the man need the girls they can follow them wherever their vibe is.

Perhaps the Music is too powerful for evil to resist, that is why the system of majestic 12 has infiltrated reggae and turned it into the daily club running business music.It is no more about the spiritualism not the consciousness that once scared the sickly retired Moi of Kenya.

In competition reggae has burst out like a weather balloon at 80k ft and started to rain on every angle ,more on the streets than in the heart of the brain.If i point fingers i shall get the blame of honesty if i dont i will become a hypocrite too.When Shashamane was just coming out big and small to bring the rebel and militia tag " music in kenya,not even the white were at peace.
The music was a spur of heritage rebellion and return of tradition and ancient wisdom.

It truly caught up so well that the fruits today are eaten even before the seed is planted to become a tree for everyone..much later.

Not even the Djs of these age can be excused nor the elders of music with the mounting division and hatred among them for the love of almighty shilling,that has never been.Every now and then a new sound comes up and claims the crown by actually killing and killing the other sounds with bullets of a third person and dubs of no one spiritual.The dirt in the industry has gone so deep that the most popular shows are live TV TWERK WITH REGGAE competitions which only invite the ghetto vibe.

Its true reggae speaks all languages but the new one not even the ones who are speaking it understand each other.They Bring reggae Legends of conscious music only to be ashamed on stage by youngster who do not understand the lyrics,the pack the singers disappointing them with fake payments or even dissapperring in the night after they SINGERS have landed.
They plan events that never be and promote flyers of jokingly am serious with mature reggae..and you wonder which is immature....
Their Vibe has infiltrated the best of sold out shows making Millions in profits ,but the trick is old bold,bring out the ladies and all the men will follow. 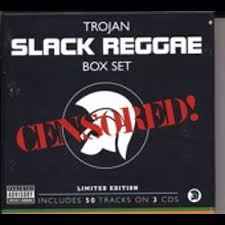 Do i want to talk about the fake promoters,can i even share about tribalism in the music,confessions link a certain majority of tribe in the music enforcing strict club memberships to their own..and all the rest would have to earn trust even when the qualifications are valid.

THE REGGAE IN KENYA IS DIRTY BUT THE HOPE IS IT WILL MINISTER TO EVEN THE ROGUE NEW ENTRANTS RATHER THAN THEM CHANGING THE MUSIC.
By Ecspedition at November 11, 2019
Email ThisBlogThis!Share to TwitterShare to FacebookShare to Pinterest
Labels: African Culture and African History, Hidden and Government against peoples, Life of a Vocalist, Written by Ecspedition