Its that dream again.
Wasi Wasi Ndio Akili translates vaguely to 'Doubt and questioning is evidence of High Common Sense'

In Native *swahili it is very easy to express great ideas by a single saying. It is common believe that the old men referred to as *Wahenga did live long long ago and had all solutions to all life problems and that nothing came to them as a surprise.

Locals and even cross borders have great sense of cracking a *methali or the aggressive old mans dismissal proverbs whenever they would seem to disapprove ,discredit,agree wholesomely or discharge grief or anger in a responsible manner unlike shouting or fighting by simply saying those few words not even a wise person can have an instant revelation.

So something must be getting communicated to me by nature and i know all things bear course and reason,and yes i believe in God and creation.i went to sleep and i do not remember any dream till the almost dawn one that i now speak of.

Its not humor that these kind of a dream also comes nearly on a dawn since i am also in a darkness trying to find some light in these exact period.

Tonight is one of those nights I hardly turn ,light sweat...funny coolness and my body is always very balanced... 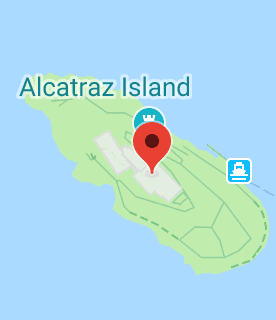 so far that you cannot escape.
Somehow its like the US prison , closed now. THE INFAMOUS ALCATRAZ
The mission is to escape ,a group of people and  I who i seem to recognize but never remember whom they are after i wake, but anyway we always have been planning a way out plan... looks like we have been there working for years.
Tonight we plan to escape in fashion with or without a surprise since last time it failed....

The only way out is getting a ticket by jacking the master of the island who has armies surround in the mid of posh walls in the mid of the island.
The only other way is to get to his lounges...where there are access to loopholes of the land underground escapes, keys and guns.

Last time we tried escaping i woke...and we agree we all we must free sounds like i have to stay asleep longer....now and these time only.
Of all the funny things is that in that island there are trains that come from Brazil and from Kenya ...some from Russia and some from America so many join at the tunnel exit that is heavily guarded all along  bridges on the way to the island and the army is too loyal no one ever dares engage.
.
We have planned everything ,all is executed ,we get to the king, but i do not know somehow we are unable to agree to leave or its like we are trapped in his lounge and once again all the plans start to hit the dead end of fail. 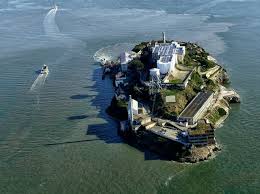 The most amazing thing is that,  I realize the reason we are failing is because lot brain still brings less thinking,in native *swahili we say *'wasi wasi ndio akili' lot of doubt is prove of sense'
I must have to free i myself... i notice the reason we cannot agree is because the only escape tunnel goes uphill, a straight exit to the  only mountain on the island, but the reason we cannot all go is because the guards will have an easy way waiting for us on the other side... the only luck you can only move one at a time and i decide to risk it all alone..

Its a long climb its clear the surrounding seems like see through kind of glass.All around i see guards watching me in awe and there's nothing they can do. I also seem to give no fuck to any sense or outcome all i see is the route ahead and that i have to be out of these place, and i decide to go all by myself .

And i wake up,again.
By Ecspedition at September 29, 2019
Email ThisBlogThis!Share to TwitterShare to FacebookShare to Pinterest
Labels: Life of a Vocalist, The Southern Kikuyu before !903, Written by Ecspedition