How to Self Liberate From Fear Based Human Control Intelligence 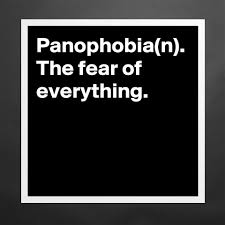 Many people who grew accustomed to white people superiority and machinery system have one thing in-common...
Fear .
Fear is in every circumstance faith food and school system.


How To Train and Raise Boys to be Men.
Ironies Of Life,Things we Can not change
Hidden Cold Remedies and other Remedies
Relics of Romance Sponge
See Also
Religion at War
A Sure Way TO Get and Know your Blessings

and to top it there is these new kind of fears introduced,Fear of next year.
Fear of neighbors achievements.
Fear of someone calling you offline.
Fear of picking fallen belongings.
Fear of making mistake.
Fear of technology surpassing you.
Fear of robots taking jobs.

Fear of having a single education degree.

Fear of a forex exchange ,one medium which is like vaccines market where the hope of fearing is created for very large gain or high losses, which if you bet on either way it makes you large money...
Such that if people refuse vaccines you will sell medicine... if you create enough fear you sell a lot more vaccines.. the same way applies that if you bet against high future losses you gain either way depending on which side you did bet against.

Any system promoted by white man is based of fear. But if you rebel and repel fear they call you a gangster,People who are uncouth. Rasta heads are the most known for having no fear. The fact that someone decides to grow dreads is pure proof of lacking fear of a system,which actually refers to them as gangs,dirty,un kept hair,cultism and several other associations like must smoke and hail selasie...

How to Self Liberate From Fear Based Human Control Intelligence

See everything as had been and would be and will or will not be.
Understand that everything happens for a reason and remove the element of surprise.
Surprise is the biggest enemy of courage .for ideas you must practice and apply and avoid getting surprised by things unprepared for.

Put or place yourself as an interviewer.a boss a wife a husband a child a driver everyone you are not...makes you fear unless you put yourself in their shoes ,then you can imagine what they think or expect.
The biggest winners of happiness is courageous people. The wealthiest people are those who base ideas on fear.

To find happiness one has only to let fear go. To find God one just has to appreciate His greatness. To become wealthy one has just to create wealth to others. 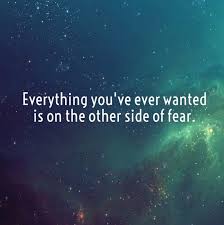 Why is this these things so hard to adopt or become?
Because with those people are equal and that way uncontrollable.
If you have a wife money wise wealthy it is hard to convince her on manly decisions...

That is small brain against  financial ability.
If God himself thought it wise for a man to be head.
And in all African oral narratives the  man is head... why then would it be wise for one man to establish than gender equality is an issue?
Because it is more valuable to create fear in women than creating ability mindset to men.

Fear is a commodity sold in employment and made in government.
Courage is built from individuals and sold to people.

For any person to claim courage they have to rebel and repel fear of a system failing but rather see the system re-correcting itself. For also to see nature as always being and been there unlike a certain end coming.

FEAR IS COURAGE OF DISABILITY

By Ecspedition at September 16, 2019
Email ThisBlogThis!Share to TwitterShare to FacebookShare to Pinterest
Labels: African Culture and African History, Common Sense and Life Lessons, Life of a Vocalist, Written by Ecspedition