WhiteMan now Being Haunted by His Black Shadow 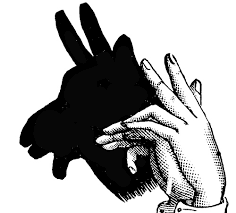 shadow was the first discovery that everything black was behind or before creation.
That was confirmed when they discovered the first facebook of creation profile was recorded that in :genesis; "the upper and lower firmament of earth were filled with darkness"
So the white man realized
that from creation the all matter were black... 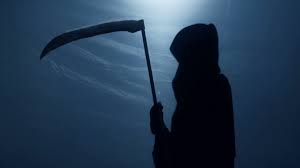 Which is actually debatable that earth was filled with black people and then whites were then created... but thats neither here or there .but a good conversation starter!

The greatest war was when the romans found out that when you needed fuel you dug from black earth if you needed shade you got it from tree dark side and if you needed cool water you keep it in dark.

So they , the white romans decided that to control life and recreate more they needed something from creator of creation just piece of that magic and a look alike of the creator of all creation.

It became clear that the only way to access Creator was to access black ...and the only black was black man and the first power to control earth by power of the creator .
The first plan was to acquire something that could relate with the black peoples in all corners of the earth...and that was the easy part since they found the rich traditions which were never recorded on books or written on stone since the african histroy from beginning was ORAL.

So forward many rebellion and control though the fake re-written bible and alteration of the african hebrew histroy as recorded in the "white Bible" the White unstable colonies of  "americas" were created and black slaves multiplied and doubled just like everything else they touched and they created technology to help them solve problems and make work easier and white man was in fear .

The slave was getting stronger and wiser they were not dying but multiplying.. and it was not getting harder but better for the black power.

So the white man was in great fear and he made constitutional laws that black were never to hold power or position and they were held down 100yrs.and the black man went back to the black first industry, the music the blessings of king david from creator and the son Solomon poet of all poets blessed to write and preserve.

And the music spread so fast the black man told stories of things untold of the great problems they shared in slavery of the pain and rape of the moms and daughters and sacrifice of sins of black dub.
And they the black were creating the first revolution without fighting with weapons and the white were in fear because the black mouth opened and silent fire came out and burnt the white people hearts and when the cried the rain fell on the whole land and so much suffering was upon earth and the black and white had to separate and they started sending back the black hebrew slaves to new lands and back to africa the land of milk 🥛and honey

.
And everything was in awe the amerimaca was getting

poorer and there was great sadness.and music rose so high and it frightened white man the black shadow was alive again and there was sadness in Babylon.

So the white man decided to create a new affection and that way he started to spread infections and while black felt loved the Hebrew grew sick and the cure was hidden and there was no way black man could live ...there was great sadness in Zion through music the infection spread thro hatred new affection end and the white man ran...
The black man shadow rose again and they black did not die anymore of that disease.
Then the white man saw it fit to release the cure and claim that he was saviour and he infect monkey with new affection that he was doing research for history and the black was again i. Terror then in an year on 19 in the century of melinium  and the black man made a cure and the shadow terrified the black again ...the white man decided to light up all wood and good and he spread the heat to the beat and made black preach bad deeds and the rivers started to dry and culture to fade and the sea rose as the sun glow...and there was no way even the white could bear the heat their skin start to strip and they started to heal the would in the wood and cast shadows to kill the heat and the world witnessed the was against heat and nothing they did stopped  the  sun.

And they white man sought for any shadow to cover from the sun which burnt his skin and the concrete jungle was they only safe left.... and he sent the black to fix the heavens but the black was greedy and instead offered sacrifice to the evil spirits and a great disease came upon the earth and everything the black man ate caused his body to die from the feet and he had no cure .
The dead spirits occupied everywhere and the only a few holy men of God the creator walked by his words and paths and he released the cure but they did not take it since they believed clouds

️more that the night. The two horned wild animal started to disappear and heritage could not be saved and the small man dis not care but wanted to rulee the world so he made binding agreements with the black man and there was debts and owing that made it had to stop the destruction of the wild... so much rail passed in the remaining forests and black tar burn the soil inch by inch from shore to shores the far east started to dry of fuel and the short man had stopped to multiply .
Black shadow of God ruled the night and the day turned dark because the anger of God creator had covered the whole earth and not even the wind would clear the smog.
So the white and small man started to recall the black man but he was scattered and his magic could not be traced.
And there was great fear the white man started to build homes in The sky to evacuate and there was not enough wealth to do it so he shared desire with the black and the black were at home and no matter how much they tried to leave home the creator made it harder to self destruct and there was so much pain for 1000yrs.

Continued next...
By Ecspedition at August 31, 2019
Email ThisBlogThis!Share to TwitterShare to FacebookShare to Pinterest
Labels: African Culture and African History, Future Possible Outcomes and Prophecies, Life of a Vocalist, The Southern Kikuyu before !903, Written by Ecspedition