The Downfall of Man From God Designed by Women

The downfall of Man from God
designed by women


Why has the Destruction of man to be because of women..
Does God really hate women..? 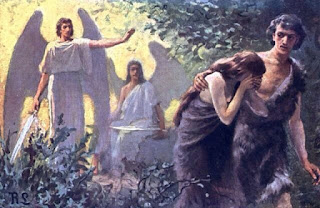 I was getting furiously frustrated by the idea how comics say death is the next big thing... and how they desire winning and retirement in peace by death.. I looked at celebrities and politicians one of the people who really fear death...and leaving all their wealth in foreign accounts where even their children neither lawyers do not know.

Because of women God told Adam to leave Eden and would die, hard work and all the worst things which were signed by a gentleman's agreement...
But one, only one thing God did not touch...LONG LIFE ...That was the First mistake..
Women designed and affected men ..

Then it was all okay and Adam had a good long life, had children and all his nine generations grew big except one maybe last.

Then the Angels saw the daughters of men were getting extremely beautiful and decided to lay with them... notice the giants were born,also notice that men were not even involved and God was angry, and brought the flood and finished man ,and he Cut his 1000yrs to only 120, and the men suffered again because of women.
That was the second Mistake by women...

Then God let the flood cease and while peace was coming back...The WOMEN ATTACKED again!
They lured by getting their father to be drunk and lay with them and they received a curse....to even the children they were to bear.
That is the Third Orchestration by Women..

Then the world had peace but the city of God was getting so immoral and with prostitution and LGBT prospered and when God decided to save his man ...on the way to their salvation Lot could bot help but look back and she became salt. 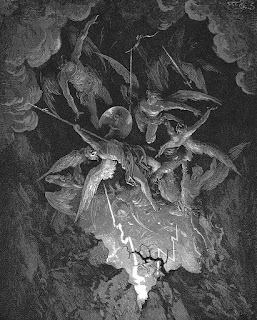 See More in The Story of the Bible
By Ecspedition at April 30, 2019
Email ThisBlogThis!Share to TwitterShare to FacebookShare to Pinterest
Labels: African Culture and African History, Bible And Science, Common Sense and Life Lessons, Hidden and Government against peoplest, Written by Ecspedition