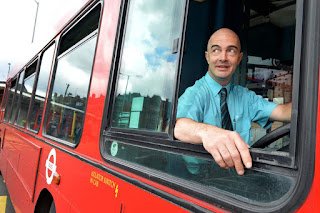 Some say its every child’s s dream .you can call it a boy child ultimate achievement.when you are young the most important thing is to have drivable thing...but the vision and desire gets diminished as you grow older especially if there is no car in the home you grow up.
Unlucky few also get to never enjoy the luxury or rather necessity even when it is available due to the African tradition of hierarchy of what who occupies where when.

It is not hard to unmistakably notice a driver seated even in a public place...for reference purposes not the locational driver but rather the public services and cargo transportation sector.
They are talkative and their dressing is the most casual if their is more than dressing down dressing.
The next thing you notice is their nature to always look for a way out of anything even when it does not involve getting out.They love short cuts,easy way or possible thinking,till it lands them in problem or blockade.
They are known in most places and it is easy to be left alone if you walk with them.
Their lives involve yesterday evening today and tomorrow morning ,and non is better or different.
They like women ..and mostly talkative women and those who have or had a lonely dat find it lucrative to seat near a driver in public transport vehicle.

The African driver is the ultimate statement of a greedy person...you will not get any better if they decide to stand dor a parliamentary seat. Of course the government might beat them but they beat it if they step inside. 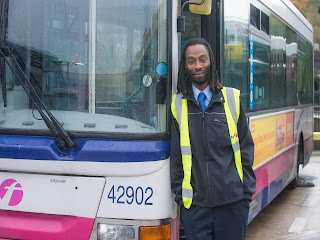 If you have come from a driver family one thing you have gotten used to is having quick fixes and already gotten accustomed to scarcity of Father heads late knockings, early lefting.

One most notable behaviour is their desire to compete and if you are ever employed amongst a driver or one who has ever worked in the public sector..you know what is to play rough..and if you do not already know what is eating you up with funny occurrences look for a driver near you.

They have 40 women ,they are the street side infamous womanisers,its not hard also for a woman to fall for a driver they move on easily and are available when you need service lets just say they know how to stay out no questions asked...they meet them greet them appreciate them with a fake demeanour if ever that applies in english...

Their bring up is not the very best or near to culturing ,due to their dependence on daily money and easy fixes... they therefore do not understand patience and  they cannot teach the youth what it takes to lack or not exist in future with people tied getting caught up.

Since this is the only way known it is better, leaving an old car ,woman or relationship is not hard...they also understand demand and supply.
By Ecspedition at April 09, 2019
Email ThisBlogThis!Share to TwitterShare to FacebookShare to Pinterest
Labels: African Culture and African History, Common Sense and Life Lessons, Life of a Vocalist, Written by Ecspedition