A good African Handshake,not the Gloved Queen, can Change a Life

What are or is Handshake? 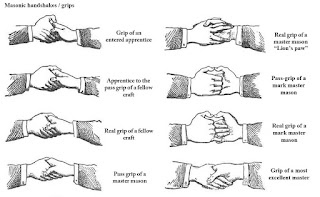 Sweet Strong and long African Handshake: the art of Body contact through hands as an honest way of greeting and acknowledging a person.

Politicians have perfected the art of faking and making up handshake to lure citizens to believe they have a mutual understanding, and through it the make dirty under table dealings that end up affecting People and future generations.


Police are inventors of the money, handout handshake for criminals trying to evade the long arm of the law, and this has spoilt the actual meaning of a handshake between the law and public.

Employees and workers are the major perpetrators of a dirty handshake when seeking for positions using the Brown envelopes and it gets worse by day since it is getting proven that a person who is not willing o extend a hand is a person who does not offer corruption deals or cash.

The computer age  Handshake is a digital way of pcs acknowledging possible speeds of connection media types and link introduction for a pc exchange..it is merely a handshake but for the purpose of lay man understanding it is easily referred to as a Handshake. 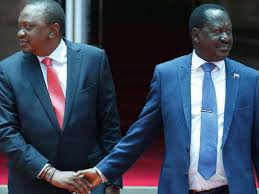 Sacrificial Hand shake This is a hand shake that is showcased by people who intend to harm other people by hiding their evil equals and for the sake of their mutual gain, they introduce a handshake...
an example can be taken from the UHURU KENYATTA AND RAILA ODINGA HANDSHAKE  which ended up pushing Kenyans to the economic Limit in excessive of 5,000,000,000,000 Ksh and still starting up fake projects against well ness of citizens.

A good handshake can heal, invoke good or bad spirits or make a mood to change from either good or bad. Honest handshakes are accompanied by face to face view and eyes contact.in the full length of the handshake.

How to Present or accept a Good handshake. 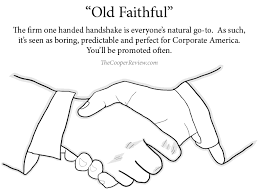 A good handshake entails, pop sound from the palms as they come into contact, Firm grip by both parties an extended, rather long shake to confirm the unity of the presenter and acceptee...